In South America, on the territory of Venezuela, Brazil and Guyana, there are striking mesas called tepui, whose unearthly landscapes are more like scenery for a science fiction film than reality. Scientists say that these mountains, consisting of hard sandstone, with steep, almost sheer slopes and flat, truncated peaks, are the oldest in the world.

They were formed as a result of the destruction of a huge plateau that in prehistoric times stretched from the shores of the Atlantic Ocean to the borders of the Orinoco, Amazon and Rio Negro river basins.

Tepuis have a very interesting structure – the plateaus of many of them have many karst funnels with a diameter of up to 300 meters, formed as a result of the collapse of the arches of tunnels of underground rivers, as well as caves eroded by water, the most famous of which – Abismo Guy Collet – reaches 672 -meter depth.

From the language of the Indians, pemon “tepui” is translated as “house of the gods”, which is not strange, because high mountains shrouded in fluffy clouds may well serve as a habitat for such important people.

Tepui, for the most part standing remotely from each other, rise above the jungle with various-sized hard-to-reach cliffs, which makes them a unique refuge for endemic representatives of flora and fauna. 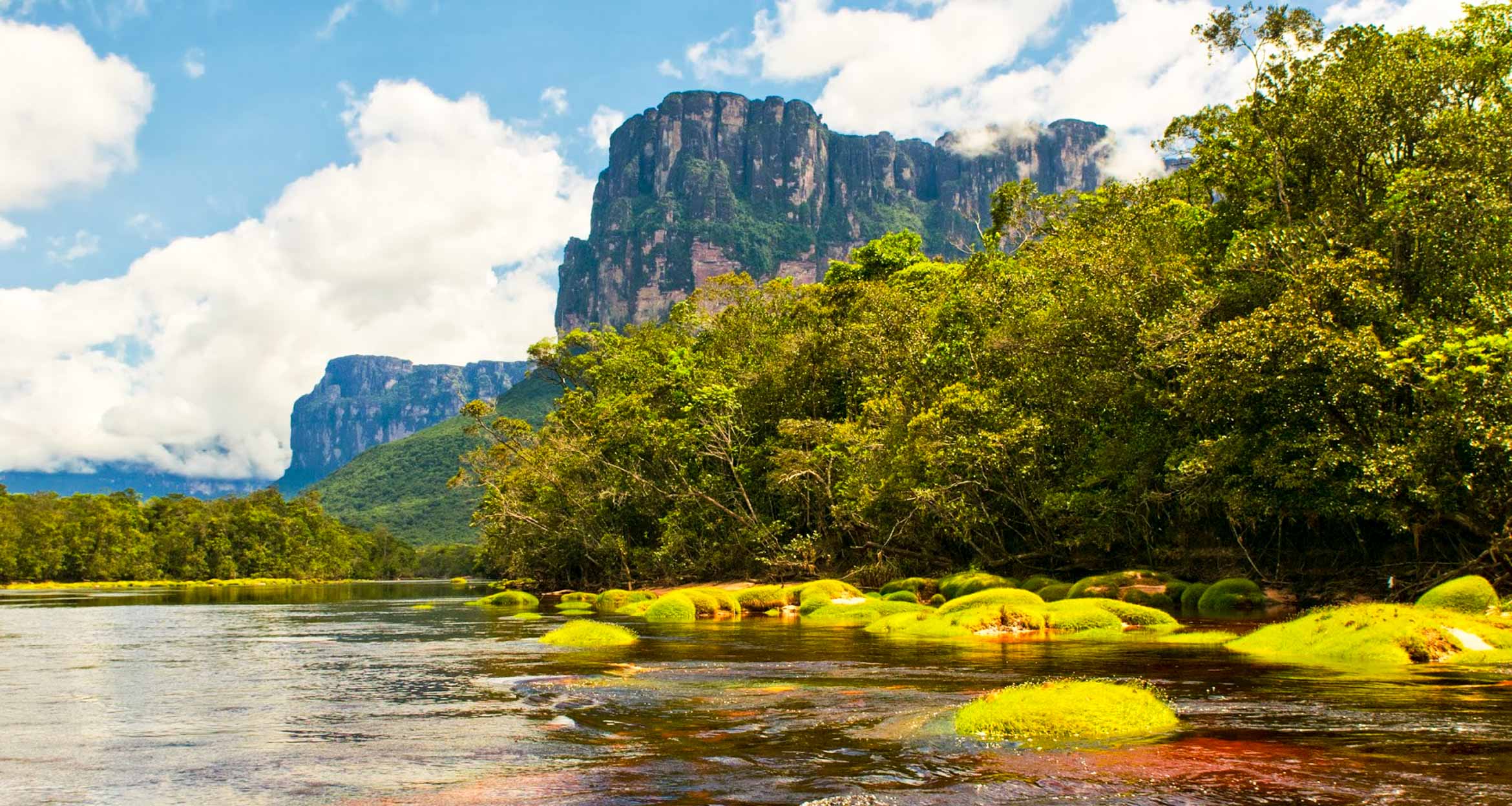 Auyantepui has the status of the largest of the tepui

The surface area of its plateau reaches 715 km². In addition, the highest waterfall in the world, Angel Falls, begins its spectacular fall from the top of this mountain.

The high fall height – 979 meters – leads to the fact that, before reaching the surface of the earth, the water crumbles into tiny splashes and turns into a thick fog that envelops the surrounding area.

One of the most beautiful tepui – Autana – rises 1300 meters above the forest and rocks. It is special in that it is permeated through with a cave that goes from one end to the other. The Autana plateau is decorated with dark gray rocks of the most bizarre shapes, and the funnels surrounding them are filled with the purest water.

The highest tepui in Venezuela. Its height is 2810 meters, and the top is a plateau with an area of 34 km? – completely covered with dense vegetation, bizarre stones, steep depressions, caves, small lakes and swamps. Local Indians call Mount Roraima “the navel of the earth” and believe that the progenitor of the human race, the goddess Queen, lives on its top.

These three, as well as many other lesser known but no less beautiful tepui, are located in the Canaima National Park, which lies in the southeastern part of Venezuela, at the junction of Brazil and Guyana. The reserve, which stores priceless natural resources on its territory, is included in the UNESCO World Heritage List.

The nature of Canaima National Park is diverse and unique.

In addition to the majestic table mountains, hung with beautiful waterfalls, in the park you can see rare species of flora and fauna that are found exclusively in this area. For example, carnivorous plants that lure insects into their beautiful fragrant traps and eat them. 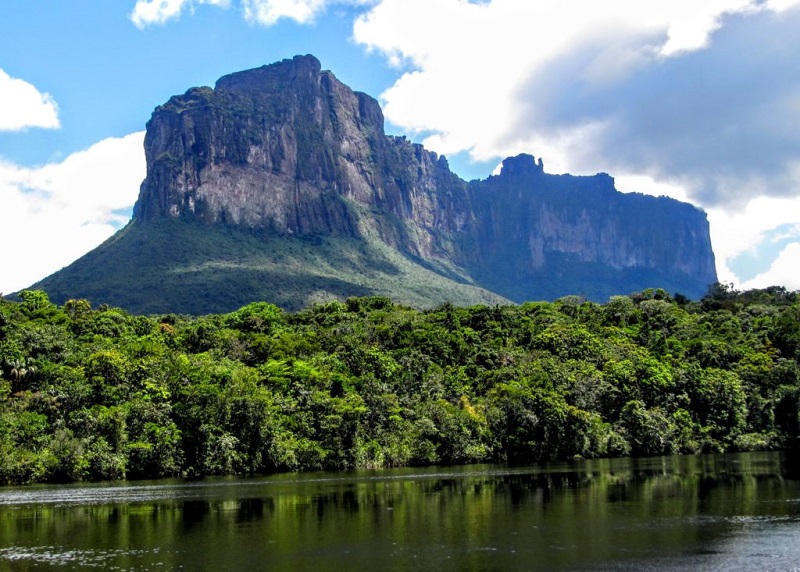 The foothills and slopes of the mountains are surrounded by cloud-covered forests, in which exquisite bromeliads and orchids stand out as bright spots. On the tops of the tepui, herbs and shrubs grow luxuriantly.

The fauna of the Venezuelan park is no less rich – there are monkeys of various sizes and species, jaguars, giant ants and many small animals. But the world of birds, which live in large numbers on this rich land, boasts the greatest diversity of species.

The largest natural reserve in Venezuela, the Canaima National Park, was founded in 1962 and is considered the oldest part of the Earth, whose age exceeds 2 million years.

This lost world, as if accidentally preserved as it was many millions of years ago, is visited daily by thousands of tourists. You can get to these places from the capital of Venezuela by bus.

You can go to one of the most spectacular sights of the park – Angel Falls, excursions to which are carried out either by boat or by plane. If you go on a boat tour, you can see the picturesque Orchid Island along the way.

For a long time, expeditions were not organized in this region, but today this lost world, which previously instilled fear in people, is visited daily by several dozen adventurers. Only for safety reasons it is advisable to make the ascent accompanied by an experienced guide.

Almost vertical slopes and dense tropical forest on which these tepui lie make them inaccessible to foot conquerors. Only three mountains of the Gran Sabana can be reached on foot, and among them is Mount Roraima at 2180 m in height.

Tepui is the remains of a large sandstone plateau that once covered a layer of granite between the northern border of the Amazon and Orinoco basins, between the Atlantic coast and the Rio Negro, during the Precambrian period.

Over millions of years, the plateaus have been eroded, and all that remains of them are flat-topped tepui.

Although the tepuis seem deserted, their peaks are teeming with life. Due to the high altitude, the climate on the tepui differs from what reigns below. It is often cooler at the top, it rains more often, and below the mountains have a tropical, warm and humid climate.