Venezuela is a small country on the world map that is known for its incredible nature. Tourists come here from all over the world to admire the picturesque views, mountain landscapes and visit unique excursion routes.

In the south of Venezuela lies the Guiana Plateau. Its length is 1930 km. This place is famous for mountain ranges that have flat tops (tepui). The highest peak is called Neblina.

Its height is -2995 m. Exotic forests grow here with bright representatives of flora and fauna. To date, there is an active development of the plateau and geologists have already found deposits of manganese, iron ore and alumina.

Orinoco is the main river of Venezuela. The length of the river is 2410 km. At the confluence with the Atlantic Ocean, the Orinoco forms a huge delta. 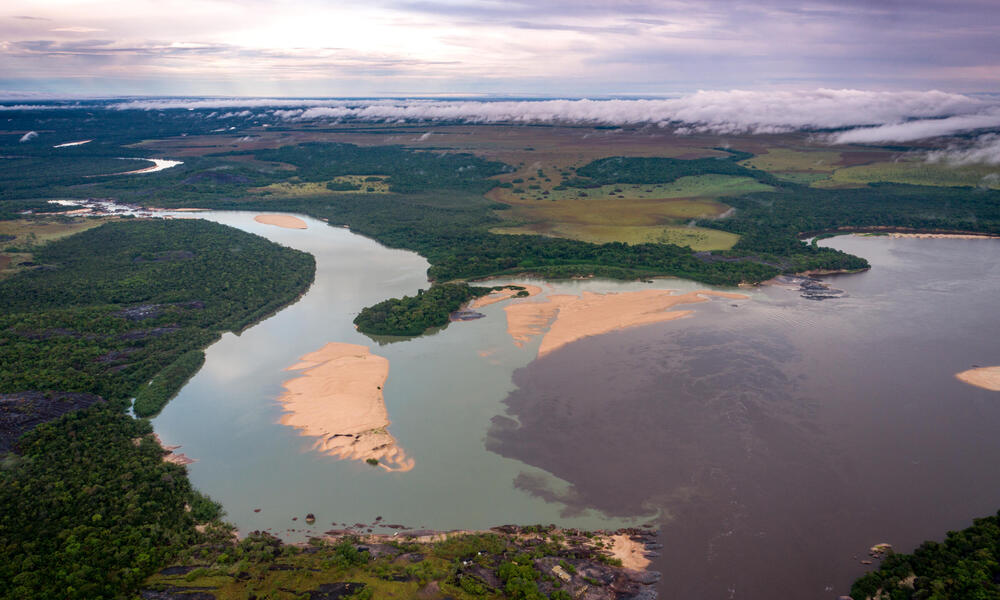 Otters, dolphins and the Orinoco crocodile (one of the rarest reptiles in the world) live in the water world of the reservoir. The Orinoco River is the main waterway in northern Venezuela.

The Andes mountain range (South American Cordillera) is a mountain system in South America. It runs through the entire northern part of Venezuela. The relief of the Andes is diverse: there are glaciers and active volcanoes, fields and deserts, forests and reservoirs.

On the territory of the mountain range there are archaeological sites of the pre-Columbian period. Tourists have the opportunity to meet bright representatives of the fauna, for example, chinchillas and condors live here.

Canaima National Park, founded in 1962, is located in the southeastern part of Venezuela. The main feature of Canaima is the mountains with a flat surface, which are called tepui. Canaima is considered the birthplace of the Indian peoples.

Delta of the Orinoco River

The Orinoco River Delta is a plexus of narrow rivers and streams with a total length of 200 km that flow into the Atlantic Ocean. During the rainy season, it increases in width to 20-25 km, and in dry weather, small islands appear due to the drop in water level.

Los Roques Island is an archipelago in the north of Venezuela, which includes almost 350 islands and reefs. Here is a national park, which is home to whales, dolphins and more than 100 species of molluscs. In winter, more than 60 species of birds winter in the archipelago. From the flora, mangrove trees, cacti and marine vegetation sprout. There is no infrastructure on the island, excursions are held from 10:00 to 16:00.

Nivaldito National Park is located on the Paria Peninsula. Here is a unique combination of the Caribbean Sea, wildlife and sandy beaches. Tourists here can visit 2 museum houses: Posada Caribana of the XIV century and Quinta Samambaya of the XVI century.

Henri Pitier is the oldest Venezuelan park with an area of ​​10,780 hectares, located in the north, in the state of Aragua. There are mountain ranges here, which are a habitat for many birds (more than 400 species). Since 1937, Henri Pitié has been the country’s first national park. On the other side of Henri Pitié is a resort area and infrastructure for a good rest. 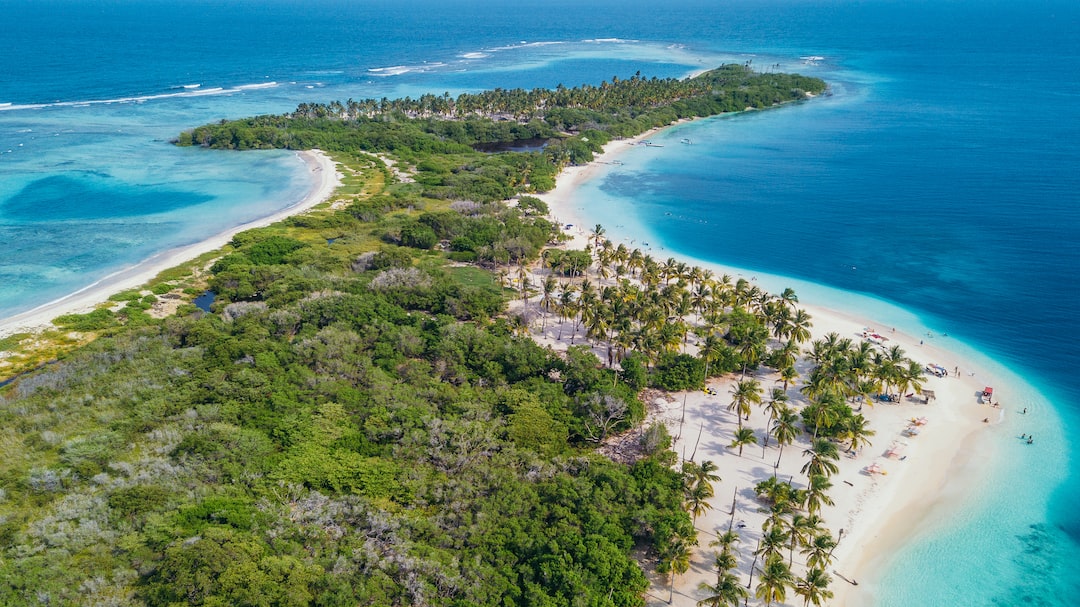 Morrocoy National Park with an area of ​​30 hectares is located in the northwest of Venezuela. There are unique lagoons, wild plants, coral islands (kayos) here. The park is home to sea turtles, pelicans and flamingos.

Morrocoy National Park is located in the northwestern part of the coast of Venezuela and covers approximately thirty hectares of land (continental and insular). Here, visitors are waiting for: the beauty of coral reefs and lagoons, a variety of plants and animals, beach holidays and diving, as well as well-developed infrastructure.

On the continental part of the national park, guests can enjoy the unique place of Mount Sierro Chichiriviche, from the top of which you can see the Caribbean Sea and the islands, and the foot of the mountain is covered with palm trees.

Near the coast of Morrocoy Park there are small coral islands called “cayos”. The clear, calm waters of the sea are ideal for diving. About a hundred species of marine life live in the water depths and labyrinths of corals: fish, molluscs, crustaceans, turtles and reptiles. Diving and fishing equipment can be rented.

Mochima Park, founded in 1973, is located in northern Venezuela. It consists of 1 large peninsula and several islands. The area of ​​the park is almost 100,000 hectares. In Mochima, tourists, when visiting excursions, will be able to see flooded caves and ships.

Monkeys, endangered tortoises and predators live in the park. The underwater world is represented by mollusks, crustaceans and other fish species. Often a shark swims into the bay. Mochima Park is a favorite destination for surfers and divers.

The savannas of Los Llanos (translated from Spanish as “plains”) are located in the center of Venezuela and occupy 1/3 of Venezuela. The average temperature is +23°. Savannahs are covered with tall grasses, which are occasionally replaced by fields, hills or ravines.