Vesehuela is going through hard times: the crisis, inflation, interruptions in the supply of food and medicine undermine social stability in the country. This leads to an increase in looting and crime.

Now Venezuela is somewhat similar to Syria. In the slums, people’s refrigerators are empty, the queues at the shops are getting longer and longer. People are forced to unite in gangs to rob rich houses and passers-by.

Crime in Venezuela is widespread, including violent crimes such as murder and the number of kidnappings is increasing every year. The United Nations attributes the crime to the poor political and economic situation in the country, which has the second highest murder rate in the world.

Crime rates rose rapidly during Hugo Chávez’s presidency due to the institutional instability of his Bolivarian government, underfunded police resources and high inequality.

The Chávez government sought cultural hegemony by promoting class conflict and social fragmentation in order to establish hegemony, which in turn encouraged “criminal gangs to kill, kidnap, kidnap, and rob and extort”. By the time of Chávez’s death in 2013, Venezuela was ranked the most unsafe country in the world by Gallup. 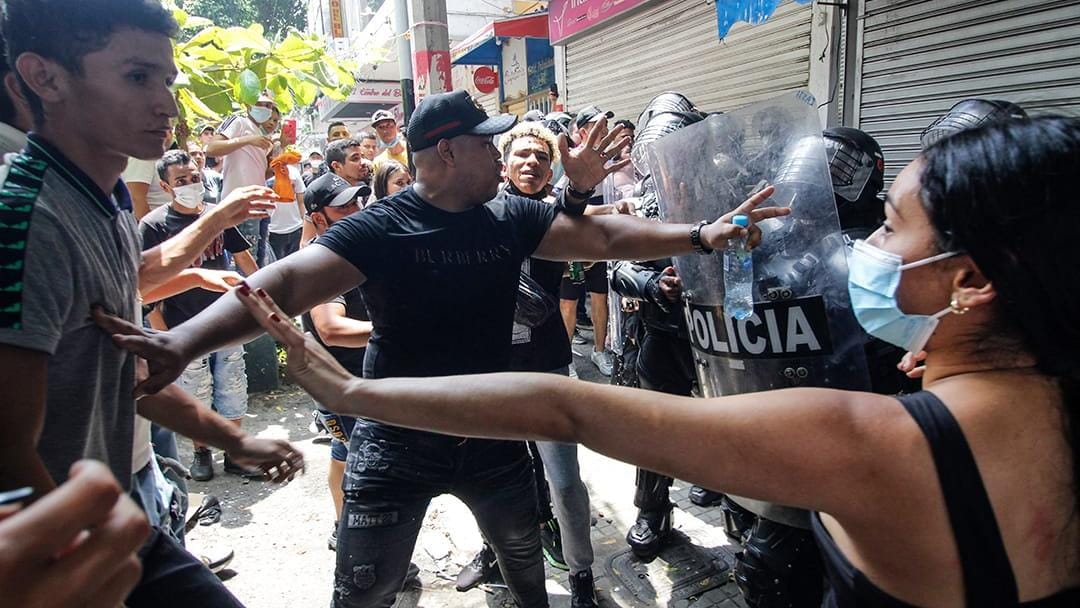 Crime also continued to rise under Chavez’s successor, President Nicolás Maduro, who continued Chavez’s policies. this undermined the socio-economic status of Venezuela. By 2015, crime, often the topic that most worried Venezuelans according to polls, was the second most important issue compared to shortages in Venezuela.

Crimes related to scarcity and famine increased shortly thereafter, with incidents of looting increasing throughout the country. According to the Venezuelan Attorney General’s Office, most crimes in Venezuela go unpunished, while 98% of crimes in Venezuela do not result in prosecution.

In the early 20th century, Venezuela was limited to violent crime committed in rural areas. In the 1950s, rapid urbanization of the population led to some increase in violent crime. In the 1960s after the restoration of democracy, danger increased when FALN left-wing guerrillas engaged in violent clashes with the government, although such clashes subsided due to a lack of public support for the guerrilla movement.

From the 1960s until the late 1980s, the homicide rate was between 8 and 10 murders per 100,000 people. After the “institutional crisis” around the government of Venezuela and the socio-economic problems that emerged during the Caracaso riots in 1989 and the 1992 coup attempt by Hugo Chávez, the number of murders increased in Venezuela.

This introduced the Venezuelan population to the notion of breaking social rules and using violence to achieve goals, such as the widespread looting during Caracaso or attempts at undemocratic coups, such as in 1992. By 1993, the number of homicides in Venezuela was 21 homicides. per 100,000 people.

In 1994, when Rafael Caldera became president, he attempted to strengthen the “institution” of Venezuela while remaining at the center of political issues, pursuing both conservative and reformist actions that led to an increase in the killing halt; although his popularity and the public’s trust in the political system declined.

Venezuela currently ranks among the countries with the highest homicide rate in the world. Recently, the number of murders in Venezuela has been the subject of controversy, according to the Associated Press, as the Bolivarian government is gradually denying access to murder statistics. An NGO known as the Venezuelan Observatory of Violence (OVV), which collects crime data from seven different universities around the country, provides data on the homicide rate in Venezuela.

Prior to the start of the Bolivarian Revolution, there was little history of organized crime in Venezuela. The Bolivarian government is said to be lenient on crime and justify the perpetrators by saying that they are poor and exploited.

In 2013, the government was in talks with major criminal gangs on how to prevent violence and agreed to eliminate gang territory guards in the so-called “si mira”, increasing criminal behavior and de facto law gang activities. According to InSight Crime, there are over a dozen mega gangs in Venezuela with up to 300 members.

Due to the extent of Venezuela’s informal economy, in which nearly all citizens participate, organized crime flourishes as smuggling is facilitated by Colombian gangs, the Bolivarian National Guard and government officials.

At least 80% of abductions are within the area around Caracas, including the state of Miranda. Most kidnappings take place around “peace zones” where official police have retreated and gangs have taken over; according to NBC News, “experts say the government is armed with these groups control large areas funded through extortion and the drug trade.”

El País reported in 2014 that Chávez had appointed the colectivos years earlier to be the “armed wing of the Venivarian Revolution” for the government of Jezuela, providing them with weapons, communications systems, motorcycles and surveillance equipment to exercise control in the mountains.

Caracas, where the entry of the police is prohibited. In 2006, they received weapons and funding from the state when they were handed over to government councils in their area of ​​residence. Chávez liquidated the Metropolitan Police in 2011, handing over security to the collective in parts of Caracas.

Some of the weapons handed over to the groups include assault rifles, submachine guns and grenades. Despite the Venezuelan government’s statement that only the official authorities can carry weapons to protect the country, the collectives are armed with assault rifles such as AK-47s, machine guns, fragmentation grenades and tear gas.

During the 2014 Venezuelan anti-Maduro protests, aggregates acted against protesting oppositions. The Civic Association for Civil Control said more than half of those killed during the protest were killed by the collective.

Human Rights Watch described the assemblage as “armed gangs using violence with impunity” to target political opponents of the Venezuelan government. Amnesty International calls them “armed pro-government sympathizers who are tolerated or staunch supporters of power”.

A report from the Organization of American States states that human rights violations in Venezuela have killed at least 131 people during anti-government protests between 2014 and 2017.