Despite the difficult economic situation, the country has a reputation for producing first-class cocoa for at least two reasons.

Firstly, the country produces 90% of the rare variety (genetic group) Crioyo, which accounts for no more than 5% of the world’s cocoa crop. Unlike the second major Forastero genetic group (80% of world production), Crioyo has a wider flavor range.

The country also cultivates a hybrid of Cryoyo and Forastero, Trinitario, which has disease resistance and Forastero productivity, but retains the main taste qualities of Cryoyo.

Secondly, the history of cocoa production in Venezuela goes back over 400 years. As early as the beginning of the 17th century, cocoa was the main export commodity of the country. Until the 19th century, cocoa accounted for 75% of Venezuela’s export earnings.

Today, cocoa is grown in almost all states of Venezuela. Producers pride themselves on their deep understanding of all stages of production – from the choice of terroir to the characteristics of fermentation, drying and storage of processed cocoa beans.

What is the reason?

It would seem that Venezuela has every reason to be a major supplier of cocoa to the world market. Unfortunately, the reality is far from such representations. The country produces only about 20 thousand tons of cocoa per year, less than half is exported. For comparison, the world leader in cocoa production, Cote d’Ivoire, supplies 2 million tons per year. 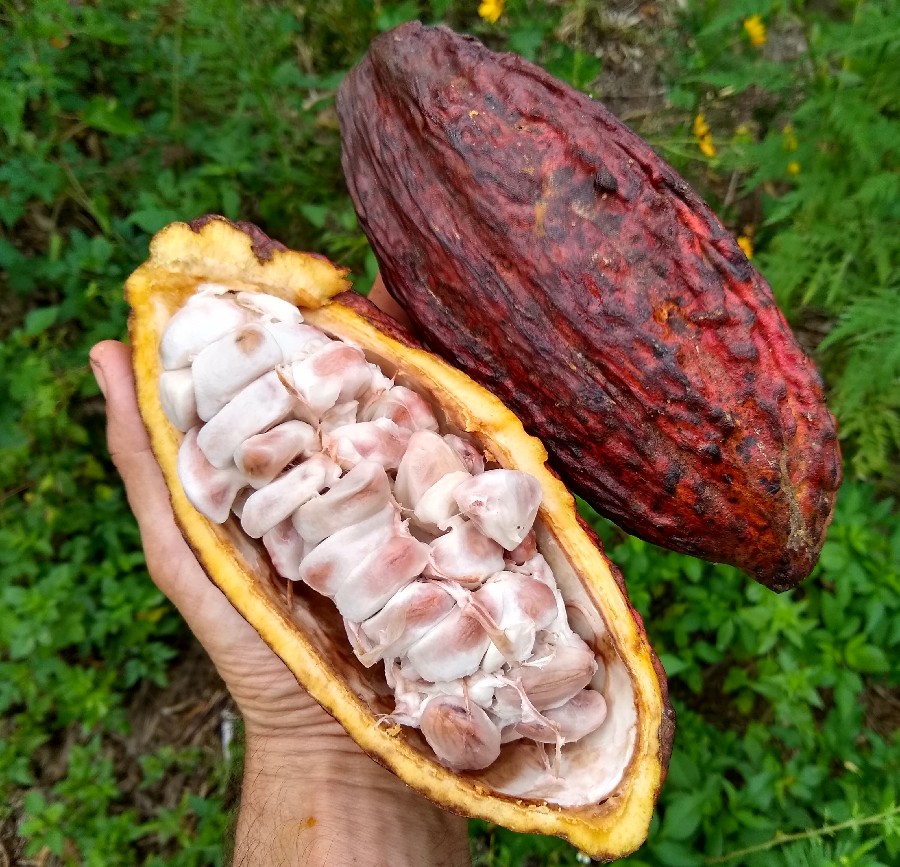 In the 17th-19th century, when Venezuela was a Spanish colony, cocoa production in the country grew at a rapid pace. The old world tasted the taste of chocolate, which became a luxury item for the highest elite not only in Spain itself, but also in other European countries.

But the war for independence from the mother country of the early 19th century deprived Venezuela of its main cocoa customer. The coffee boom that followed finally pushed cocoa into the background.

At the beginning of the 20th century, oil was found in Venezuela, and since then the state has been focused on the extraction and export of oil, paying less and less attention to the development of agriculture.

The wave of nationalization in recent decades has caused an acute economic crisis that has adversely affected the volume of oil supplies, as well as the agricultural sector, in particular the production of coffee and cocoa.

In a word, cocoa from Venezuela should be tried now, while at least some supplies are still coming from this origin. The future of the Venezuelan cocoa industry is uncertain.

Carenero Superior grows in the coastal zone of Barlovento, in the state of Miranda (2nd in terms of production), in northern Venezuela. The name Carenero Superior is associated with the port of Carenero, from which cocoa was traditionally exported, and the word Superior speaks of the high quality of the beans.

Degree of fermentation F1 (85-97% fermented beans). A special feature of high-quality fermented beans is the presence of a white coating (gray hair) on the surface of the bean. An ideal option for making chocolate. Cocoa beans reveal their taste and aroma nicely after being processed in a blender, you don’t need to confection.

Best for eating raw. The unique taste and aroma can already be felt at the stage of opening the package. Subtle pleasant bitterness, soft astringency, pronounced chocolate taste with a deep and rich aroma of honey and tropical fruits.

Only Criollo cocoa beans have a thin shell – cocoa vella. Their aroma and taste are especially revealed during roasting, we recommend doing this in the oven at a temperature of up to 130 degrees, spreading them in a thin layer.

Thanks to their qualities, they are able to accelerate metabolic processes in the human body, which leads to an increase in the quality and duration of life, in addition, the condition of the cardiovascular system improves. Cacao beans are one of nature’s best antioxidants. Cocoa beans contain a lot of magnesium, iodine, zinc, phosphorus and other minerals necessary for the human body.

Aromatic cocoa beans from Venezuela are considered the best in the world, and some individual varieties are recognized as the standard of quality among cocoa beans. Natural hybrids of cocoa beans, the Criollo and Trinitario varieties, grow in Venezuela. It is the presence, in greater or lesser quantities, of various hybrids of the Criollo variety that is the main distinguishing feature of Venezuelan cacao.

All types of cocoa beans grown in Venezuela are usually divided into zones where cocoa tree plantations are located.

In the west of the country, on the shores of Lake Maracaibo, there is an area known throughout the world as Sur del Lago. Specialists visited dozens of different plantations in the territory of this state, held many meetings with producers, studied their technology, and also determined the main features of cocoa beans produced in the Sur del Lago area.

Based on our own findings and conclusions, we attribute cocoa beans grown in this area are among the best in Venezuela the plantations of this region are dominated by varieties of the Criollo variety. It is in this region that you can find pure Criollo cocoa in sufficient quantities, which has a rather exotic taste and aroma.

These cocoa beans have an F1 degree of fermentation.

Cocoa beans F1 — the degree of fermentation of all beans in the total mass is from 85 to 97 percent.